Most prominent leaders of non-profit non-government environmental movement of Siberia and Far East of Russia supported actions of North Dakota Indians, protesting against pipeline which is about to cross the Standing Rock Sioux Tribe’s ancestral lands and to threaten Missouri river.

Environmental activists gathered for their annual meeting in Kamchatka, the farthest eastern region of Russian Federation, to discuss environmental issues and their possible solutions. During the working session they decided to join the growing international movement #RezpectOurWater (http://rezpectourwater.com) against Dakota Access Pipeline threatening the Sioux reservation’s historic, sacred sites and water supply. 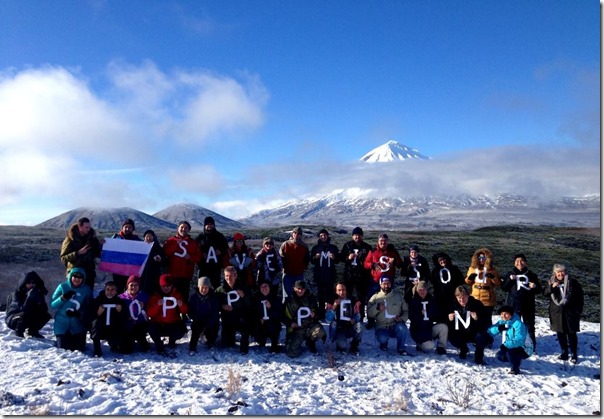 «No pipeline is absolutely secure in terms of water supply safety. And fresh water resources are the most valuable resources nowadays as it can be substituted with nothing. That is why all people concerned with this and next generations wellbeing should stand together to protect such essential value as water», said Alexander Kolotov, Russian coordinator of the Rivers without Boundaries International Coalition.